Choosing the best foot care option for you

Clinical Commissioning Groups are clinically-led statutory NHS bodies responsible for the planning and commissioning of health care services for their local area. There are approximately 195 CCGs in England.

The constrained resources available to each regional NHS CCG and its subsequent NHS podiatry services, often means their services are restricted in comparison to that of private podiatry services. For example the waiting time to see an NHS podiatrist once referred is often longer than patients would like or may need.

Many CCGs are consequently publicly increasing their signposting of a number of services to private podiatry providers.

We have tried below to summarise the different foot health care treatments most commonly received, and from whom they may typically be offered.

In combination with NHS Multidisciplinary team

*High risk = at risk of ulceration or amputation

Whether you are a new patient or a regular, you will be advised of our prices and no treatment will be undertaken without your prior consent. 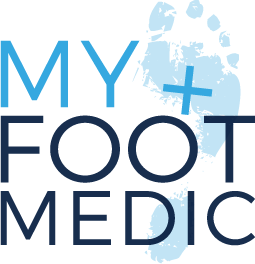